So long it's been good to know you 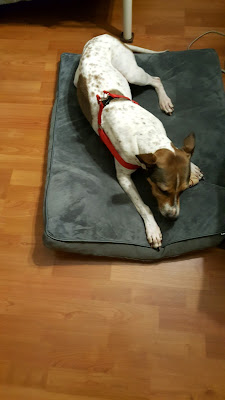 Izzy has gone back to the Humane Society.   She is a tender and affectionate dog to humans, but a terrorist when it comes to small animals.
I've had to keep my cat Adelaide under lock-down in the spare bedroom  24/7 for fear that Izzy would cause her harm.
That was not much fun for the cat.


I had an animal behaviour specialist from the Humane Society of Sarasota County here on Thursday.
He took Izzy  (on a tight leash)  to the bedroom door.   Izzy went crazy trying (without success) to reach the cat.  The behavourist said that Izzy is so prey oriented that she can never be trained out of  this aggression.  He strongly recommended that I should surrender her back to the Shelter.
I resisted for a while but he is the expert, so my good sense prevailed -  the situation is not good for Adelaide, for Izzy or for me!  I took Izzy back to the shelter this morning.and she trotted in without so much as a wave goodbye to me. (!).
In the meantime the Humane Society wants me to adopt "…
5 comments
Read more

JANUARY 6th. Not Kings, not just three - but a wondrous thing to "see" 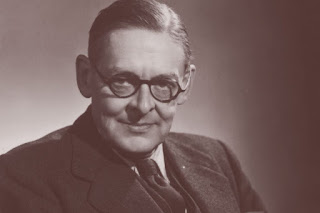 January 6th is the day when stiff upper lipped Anglos think about the arrival of  the three or more Wise men/Magi at the presumed dwelling place of a young child named Jesus, at  the home of his parents. We call it "The Feast of the Epiphany'.

In many Hispanic cultures the day is celebrated with colour, music and a joyous procession. See

I content myself with listening to T.S. Elliot as he reads his own marvelous  poem "The Journey of the Magi"

The Journey Of The Magi by T.S. Eliot A cold coming we had of it,Just the worst time of the yearFor a journey, and such a long journey:The ways deep and the weather sharp,The very dead of winter.'And the camels galled, sorefooted, refractory,Lying down in the melting snow.There were times we regrettedThe summer palaces on slopes, the terraces,And the silken girls bringing sherbet.Then …
Post a comment
Read more

What is this new language which professionals speak? 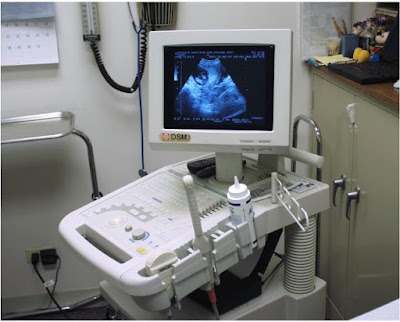 The ads invite listeners to learn a new language *** "like Spanish French and German".

I have already heard this strange language.  It is spoken by my Vascular Surgeon and by the HVAC Engineer who repaired my HVAC today.

I saw the Vascular Surgeon about ten days ago.  He told me that he wanted me to have a test, a "blubbadamuggathingy".

I nodded knowingly but I hadn't a clue what he meant. At first I thought that he wanted me to take a weekend trip to the moon and back.  I knew that could not be right.  I thought about it and came to the conclusion that in fact he wanted me to clean his office bathrooms.

The HVAC engineer was at my home yesterday and today to fix the lack of heat.

He said that it was because of a "thingymuggablubadad" which had malfunctioned.

I nodded knowingly as I pondered his words. Was he telling me that the ghost of Marlon Brando had malfunctioned on my roof; or …
Post a comment
Read more

Even in Sarasota Florida 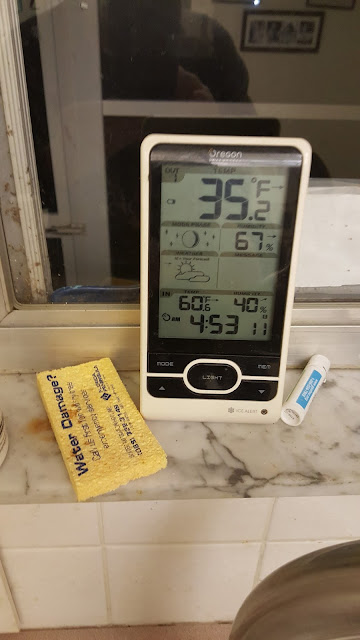 Not a good day to be without heat.

The repair man came yesterday.  He gave up because the A.C./Heating Unit is on my flat roof, and he could not hold an umbrella and inspect the unit at the same time.  (Yes, it was rainy and windy).

He gave me a choice.   Pay extra to have another worker hold the umbrella, or wait until today (4th Jan) when no rain or wind is forecast.

I chose the second option.

Ben Franklin; his self written Obituary,and his religious beliefs. 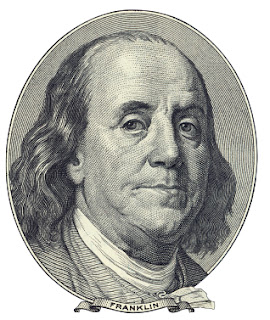 The Body of B.Franklin Printer; (Like the cover of an old Book Its contents torn out And stript of its Lettering and Gilding) Lies here, Food for Worms, but the Work  shall not be lost: For it will, (as he believed) appear once  more, In a new and more elegant Edition. Revised and corrected, By the Author.
I have recently read: "Benjamin Franklin: The Religious Life of a Founding Father". byThomas S. Kidd.  (Yale University Press, May 2017).  I learned so much.
Franklin rejected the Puritan/Calvinist faith of his family. He could not accept a faith which (in his opinion) was more about belief than behaviour. He decided that the teachings of Jesus were more important than beliefs about Jesus.
All the while he maintained and enjoyed his friendships with two Calvinists -  his sister Jane and the great Church of England and Calvinist  preacher George Whitfield.
Post a comment
Read more 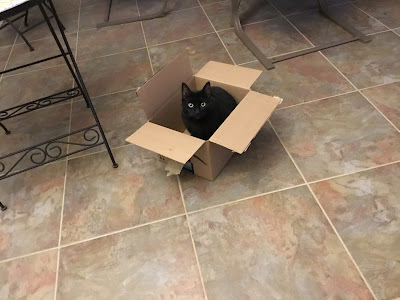 It's 46f  here in SRQ:  warm by many standards in many parts of the USA, Canada and the U.K. but a wee bit "parky" for residents of S,.W. Florida.

So it was that  my dog Izzy utterly refused to go outside for a pee this evening.   She dug in her haunches on the porch, and just as soon as I took her leash off she ran inside to the safety of her crate.

The very moment I got back inside she rolled over on her back so that I would tickle her belly.

I ordered some dog supplies from Amazon.(It's not that I like Amazon, but they have a cool business plan, so I was able to buy stuff on line,rather than having to drive to two or three stores to get the same items)

My cat Adelaide felt a bit left out of my canine supplies until I gave her the shipping box. 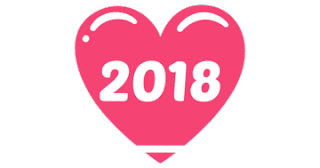 1/1/18
A day when the date is written the same way in he U.K. and the U.S.A
I like even numbered years
I was born in 1944
I left High School in 1960
I began my studies at Theological College in 1972
In 1976 I received my degree, was ordained Deacon (June) and Priest (December), and began my ordained ministry at the Church of the Good Shepherd, Fitchburg, MA (July). That year was also our Nation's Bi-Centennial.
In 1980 I moved to St. Christopher's Church, Chicopee, MA
In 1984 I became the Rector at St. Stephen's Parish, Pittsfield, MA
In 2000 I was called to be the Rector at St. James's Church, Cambridge, MA
In 2006 I retired and moved to Sarasota, FL

The answer to yesterday's quiz. 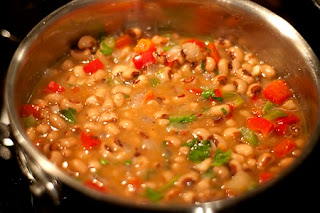 The answer to yesterday's quiz is "Hoppin' John"

Others were befuddled or disinterested.

I am not an American Southerner and I do not believe in "good luck", or bad luck. Nevertheless I make Hoppin' John every year to eat on New Year's Day,