There is a huge amount of traffic in the larger cities in Vietnam such as Hanoi and Ho Ch Minh City, and in the roads that lead in and out of those places.  Traffic jams are frequent.

The “rule of the road”  is like playing a game of chicken. “Might is right" (or "sheer nerve") works best.

I was amazed to see my drivers "squeeze" between other vehicles with no more than two inches to spare on either side. They made Boston drivers look like clumsy amateurs!


Air pollution in the cities is something awful. Most cyclists, motor-cyclists and scooter riders wear face masks, as do many pedestrians.

The most popular car make is Toyota, closely followed by Hyundai/Kia.

There are many of the luxury cars such as BMW, Lexus, Ford SUV’s, and Mercedes.

I also saw Daewoo and Suzuki cars (neither of which are sold in the USA these days).

My car for the final three days was a Chevy Cruze. Yeah for the Red, White and Blue!

Most of the buses and trucks are by Hyundai, with a fair smattering of huge Chinese made trucks and huge American made “International” trucks.

Suzuki leads the way for motor bikes. Honda, Lambretta, and Vespa scooters are popular for the better off, the less affluent drive Taiwanese scooters such as KYMCO or SYM.

There are hordes of motor bikes, scooters and mopeds.  As my HCMC guide said “welcome to HCMC where there are 9 million people and 6 million motor bikes”.

The bikers drive in packs, and come at you every which way. They frequently drive on the wrong side of the road (or on the side walk)  to save time. They often have huge cargoes and/or multiple passengers.

These picks will give you some idea of the motor bike/scooter chaos. 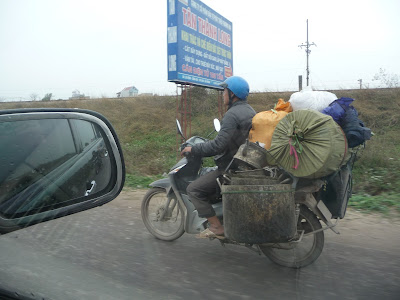 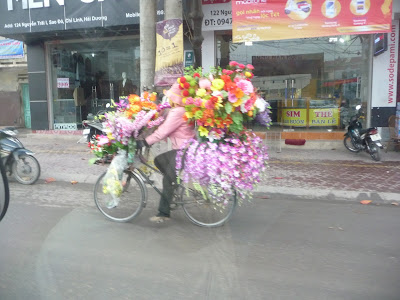 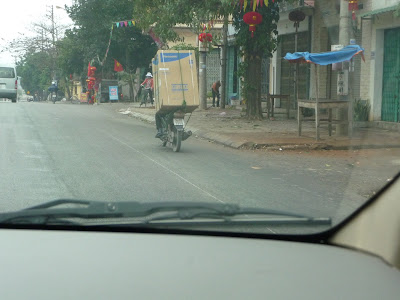 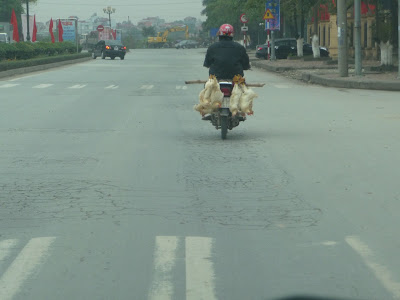 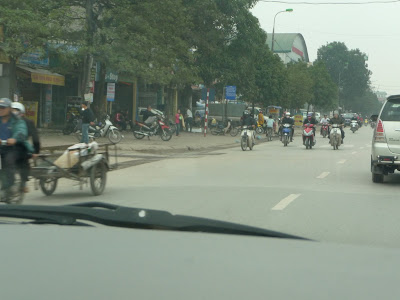 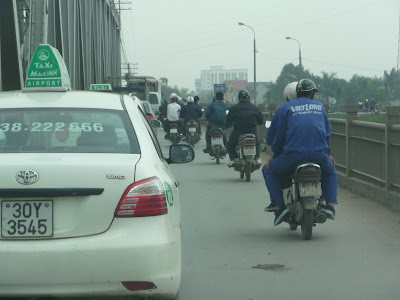 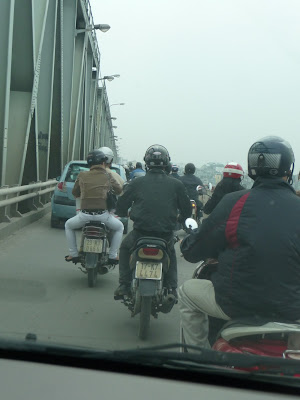 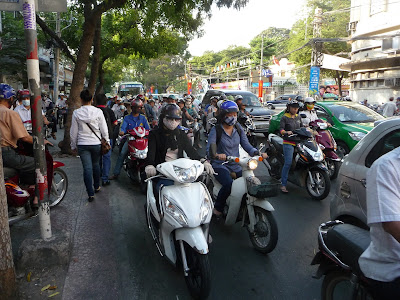 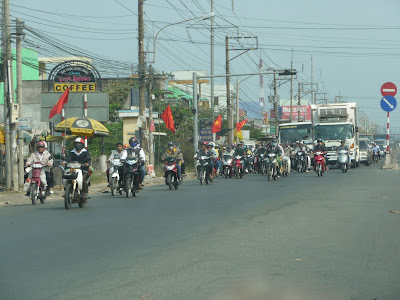 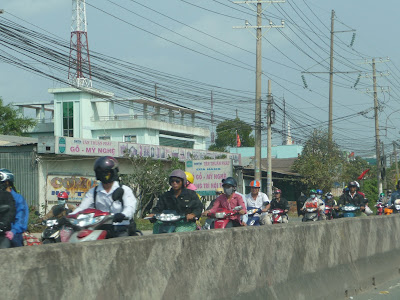 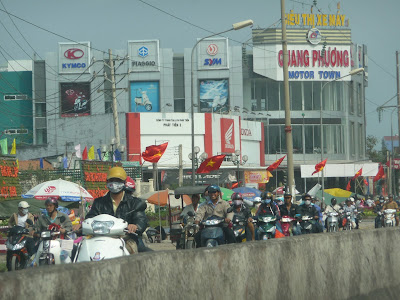 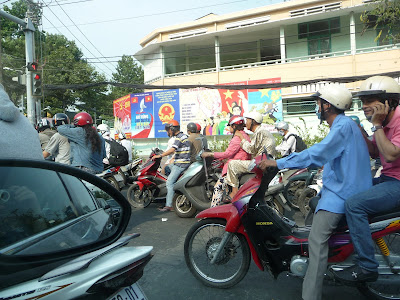 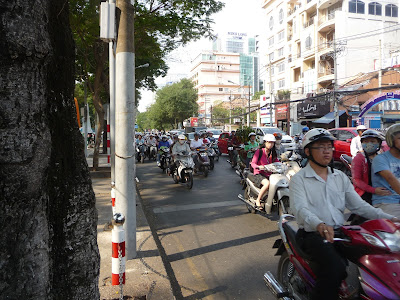 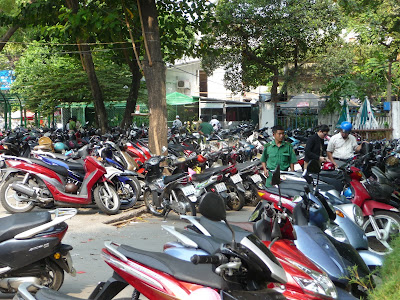