It began in Bristol U.K. "A man dies" and "Jesus Christ Superstar" 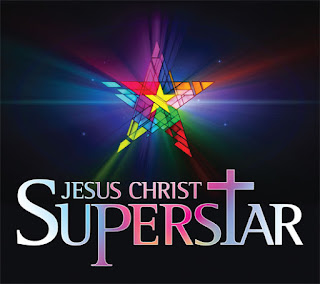 I well remember the swirling controversy in Bristol, U.K. when a (Presbyterian) Minister the Revd, Earnest Marviin created a ":Rock Opera", called "A Man Dies"  in and for his congregation in the Lockleaze area of Bristol, U.K.

I had forgotten all about "A Man Dies" until earlier today when saw these pictures on the "Bristol, Then and Now"  Facebook page.

The Bristol Then and Now page includes the following commentary:


The world famous Rock Opera, was conceived in 1960 when the incumbent Reverend Ernest Marvin opened up the church to Rock'n'Roll with his controversial play, ‘A man Dies’.


It went on to be performed at the Colston Hall amidst intense pressure from Church Leaders, Politicians and the Press alike, who described the play as "blasphemous", and demanded (unsuccessfully) that it should be banned.


West End writers finally realised its potential and so by 1970 ‘Jesus Christ Superstar’ had been created! The Reverend Ernest Marvin died in July this year


Here is a bit more (from a Flikr page, by Paul Townsend).

Note that as recently as 1966 the Lord Chamberlain  was the unelected and all powerful Censor in the U.K.

In 1959 the Reverend Ernest Marvin, minister of St James’ Presbyterian Church, Lockleaze and Ewan Hooper, a newly arrived actor at the Bristol Old Vic Theatre, conceived the idea of writing a modern passion play in which youngsters would participate, performing in their normal clothes and to a background of contemporary music; in 1960 it was rock ‘n roll.
The first production of A Man Dies was a ‘theatre in the round’ presentation in St James’ Church hall at Easter 1960. Technically it did not provide a complete circle for the audience, being seated on three sides of the hall, leaving floor space, as well as the stage, for the dancers and actors. In one corner of the stage was the group of musicians, ‘The True Tones’, comprising Richard Smith on vocals, Michael Gwilliam (Lead Guitar), Jeff Donadel (Rhythm Guitar), Ron Cooper (Drums) and Andy Reynolds (Tea Chest Bass). Richard Smith and Mike Gwilliam wrote the music to the lyrics provided by Ernest Marvin and Ewan Hooper. The performance in 1960, with Kenneth Maughan playing the part of Christ, was played to a full church hall for a week.
In 1961 it was presented in the Colston Hall, Bristol, the largest auditorium in the West Country, on three nights during Easter. The last night of that year’s production was seen by representatives of ABC Television, who were sufficiently impressed to want a forty-five minute adaptation on television. An extract from the play lasting three quarters of an hour, starting with the events on Palm Sunday and ending with the resurrection, was televised by ABC Television, Birmingham on 26th March. A second adaptation, which started with Moses and ended with The Nativity, was televised on Sunday Break by ABC (Manchester) at Christmas 1961, under the title ‘Man in Time’.
The musicians involved with the televised productions were, in Birmingham, Richard Smith, Mike Gwilliam (Lead Guitar), Keith Harris (Rhythm Guitar), Bob Harris (Bass Guitar) and Jim Callaghan (Drums), and, in Manchester, The Tuxedos – Paddy Dunn, David ‘Wally’ Woolford, Ken Neil and Ted Wilson, with Valerie Mountain singing the female vocals on both occasions. In 1961, a single was released of ‘Gentle Christ’ and ‘Go It Alone’ on the Columbia record label (45-DB 4660) featuring Valerie Mountain and the musicians who appeared on the ABC Television transmission of A Man Dies.
A more ambitious production at the Colston Hall at Easter 1962 was once again the general umbrella title of A Man Dies, but it incorporated most of the material from ‘Man in Time’. The venue was booked for six nights, and except for the Easter Saturday night there were packed houses.
It was decided to give the play and everybody a rest in 1963, but a new version in 1964, lasting two-and-a-quarter hours, was extended in scope to cover the major events of the biblical account of God’s action in history from Moses to Pentecost and the early Church. Music that was new to the production was the work of David Mallett, a 17-year-old Winchester College student.
The Colston Hall was booked for a four-night run, from 2nd to 6th March, a fortnight before an engagement at the Royal Albert Hall on the 24th March. Before either of these productions, EMI recorded most of the songs and music on a Long Playing (LP) Record on Columbia 33SX.1609. Recorded at Abbey Road Studios, it featured Valerie Mountain, Ricky Forde, and The Strangers – Geoffrey Rudd (Lead Guitar), Richard Gummerson (Rhythm Guitar), Andrew Parker (Bass Guitar), and Mervyn Wilson (Percussion). The full text of the new production was published by Dartman, Longman and Todd as a paperback book.
In the Albert Hall the dance area was the whole of the arena, so for the first time it was able to incorporate everybody who wished to be in the play. The final cast included a hundred and twenty seniors and eighty juniors, with Roy Harkness as Christ, John Kirby as Judas, Sylvia Cooper – Mary, Roland Williams – Joseph, and Paul Wootten as Peter. ABC Television was present to film the whole of the play. For the previous fortnight they had been filming at St James’ and in the youth club and they had cameras installed on the coaches from Bristol to London. The result of their endeavours was an hour and forty minutes feature on Easter Sunday night.
In 1966, the fifth performance (Feb 28th, March 1st and 2nd) in Bristol over a six year period had a major difference from its predecessors. The previous performances had all been public ones and advertised as such, but the 1966 production was a private one, private in that those who wanted to attend had to join the St James’ Theatre Club first. because of the Lord Chamberlain’s refusal to grant a licence for a public stage performance of the play as, "It has been his considered policy not to licence any portrayal of Christ on the stage." A method of circumnavigating this ruling was to form a Theatre Club, membership of which was essential before purchasing a ticket, although joining the Club and obtaining a ticket could be done at the same time.