BREXIT? From the elected Mayor of Bristol UK (my home City} - via my niece

The current elected Mayor, Marvin Rees has this to say in the light of many racist incidents following the Brexit vote. 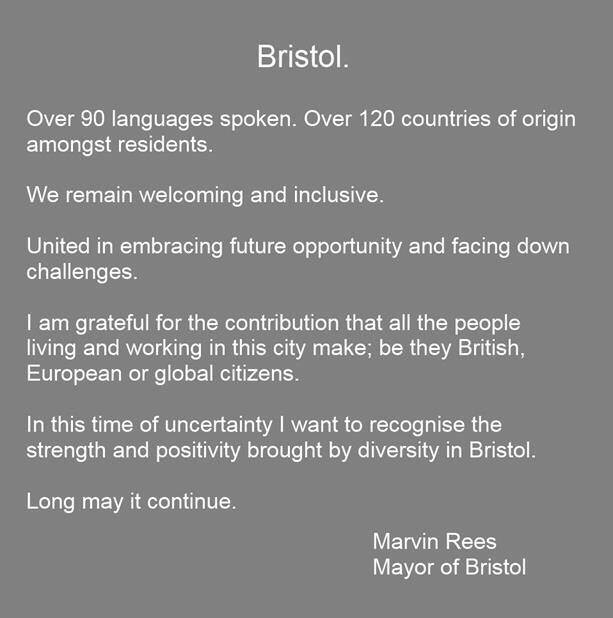 Good for you Mayor Rees.

I cannot resist tweaking the noses of my left wing liberal Christian friends in the USA  who have their own prejudices regarding evangelicals.

Mayor Marvin Rees is an evangelical Christian.  His statement is entirely congruent with the beliefs of most evangelicals in the U,K,   Good for them too!