Liberals  (such as I) and Centrist Conservatives must do more than write off Donald Trump as a laughable aberration.

That scorn and derision comes from the  elitist thinking by which Liberals and Centrist Conservatives think that they know best, and that any wise person should share think similarly.

We must take what Trump says with all due seriousness, and rather than mocking him ( and thereby dissing  a large segment of the electorate)  we should present  clear and cogent critical  alternatives to his views.

Simply saying that "Trump is wrong" is not an honest or viable way of winning an election.  The "Brexit" parallels are striking.

\I offer the views of Glenn Greenwald and Stephen Cohen.

Agree with them or not (that's your choice) do read or listen to what they have to say. 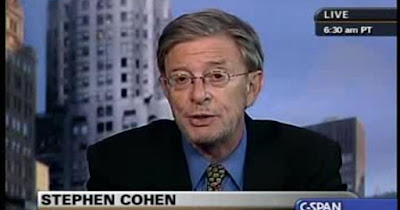 
As always, remember that I am not the messenger, I am merely the transmitter of the message.  Thus your critiques should be directed to Greenwald and Cohen, and not to me!
Posted by J. Michael Povey at Monday, August 01, 2016