Mr. Dorfman is running to be elected as a Sarasota City Commissioner.  He want to take Sarasota to the next level, but he does not make it clear if this is a level up or a level down.

Interesting to note that this mailing is sponsored by a group in Orlando, i.e. not a local group. Who are his backers? They  are known as "Citizens for a Better Florida, Inc". How many of them are Sarasotans? 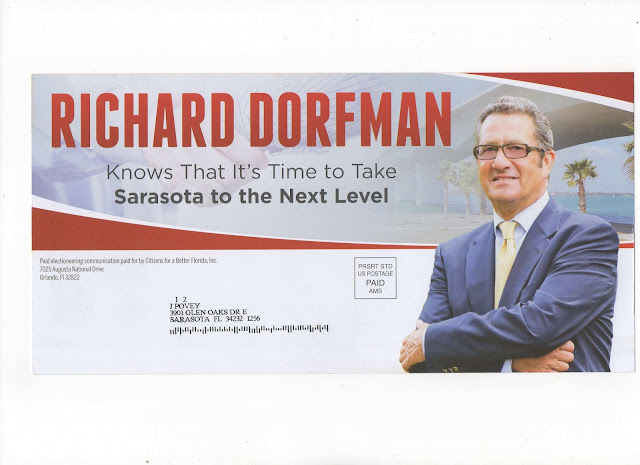 Mr Dorfman at one and the same time claims to be a "longtime resident", but also says that he has called Sarasota home for nearly eight years?  (Eight years = longtime?)

We are invited to call Mr. Dorfman, but his flyer does not include a phone # 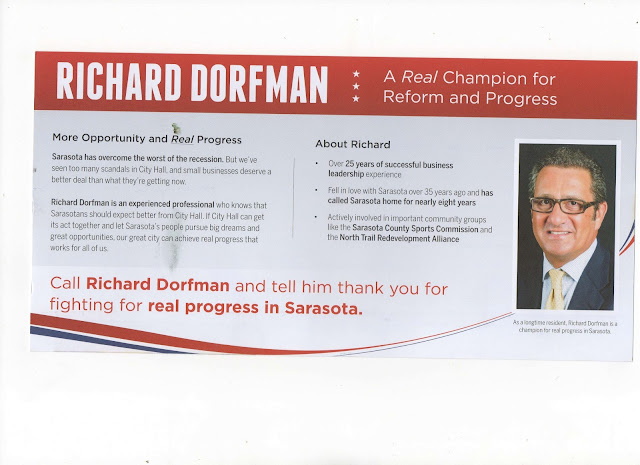