The Publix Script has staff saying: "It's my pleasure". (He said it, but not at work). 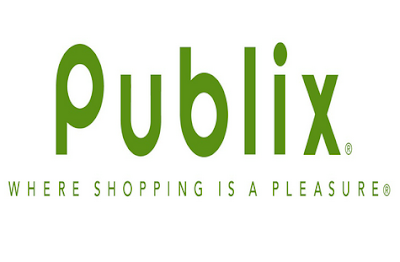 My local Supermarket is a a branch of the Florida based "Publix" chain.


I have mixed feelings about Publix.

One the one hand their stores are bright and clean, with a fairly good array of produce, fish  and meats. It is believed that Publix treats its employees well.

On the other hand Publix has a virtual monopoly in Florida, holding  about 64 % of the Supermarket business, with the remaining 36% divided between  upscale stores such as Fresh Market, Trader Joe.
and Whole Foods, and the perennially failing Winn-Dixie.   I do not like monopolies and I wish that Publix had a more viable competitor.

When reaching the check out at Publix it is to be greeted with a well memorised script.

FIRST   "Did you find everything?". I sometimes say "no" just to get the cashier's attention. When asked why I said "no" I reply  "I was looking for the meaning of life but couldn't find it here"

SECOND  "Is plastic O.K?"  How I wish that the script was directed in favour of paper bags, or, even better in favour of cloth bags  (yep, I use them!)

THIRD  Just before leaving the check-out, having thanked the clerk he or she will say "It's my pleasure".

TUESDAY of this week was a quiet day at my local Publix, so I asked the cashier  (a High-Schooler) if he ever utters the script in his sleep.

He doesn't believe so, but he once, when thanked by one of  his parents for taking care of a chore he replied (to their amusement), "It's my pleasure".

He did the same in the classroom  when a teacher thanked him for some reason or other. His class mates were "tickled pink"  and burst into laughter when they heard him say "It's my pleasure".

His embarrassment was mitigated a wee bit when a class-mate explained that he too worked for Publix and has those three words at the tip of his tongue too.