Here it is again.. 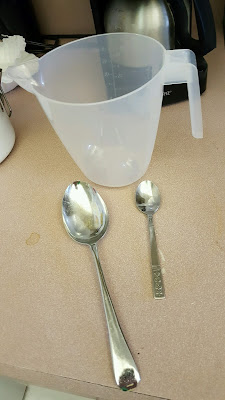 It has to do with cooking.

For you see,  U.K. and U.S.A. solid and liquid  measures are not  identical.

Thus when I am using a U.K. recipe I have to remember that tablespoons and teaspoons have different sizes in the U.K. than in the U..S.A,,  and  that American and British pints differ.

It's hard, though not impossible, to make the mental adjustments so (to make my culinary adventures easier)  I came back to my home with some U.K. measuring items. 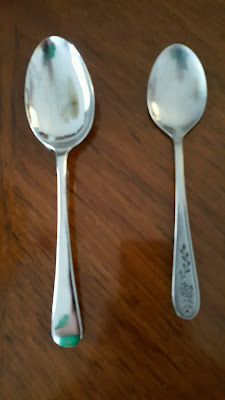 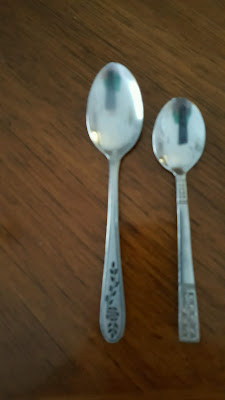 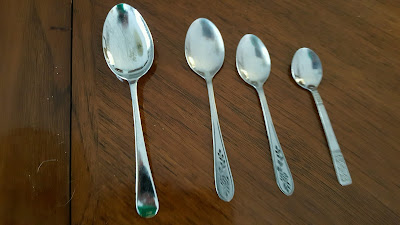 The ingredient measurements are also crucial when it comes to liquids.  This picture shows a U.K. measuring jug on the left, and a U.S.A jug on the right. 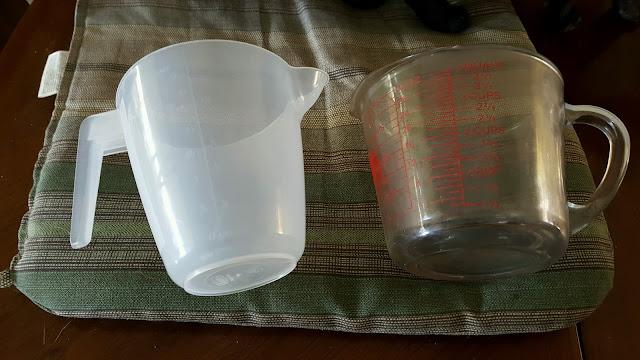 However the photo' is not terribly helpful.

(a) because the U.K. measuring jug on the left (which I bought in the lovely Gloucestershire town of Tetbury) is made of moulded plastic with measurements which are hard to read,  whilst the U.S.A measuring jug made of glass with clear and printed measurements in red.

(b) the measuring jugs are not of the same shape and size,

SAVE TO SAY  that

(b) it is useful to know that the "Imperial" (Britsh) pint is 20% larger than the American pint.

(c) We'd be wiser in both countries if all our measurements (liquids, solids, distances etc) used the entirely logical metric system,  But that would be so un-British and un-American!