Last bit of escapism before I return to politics or religion. 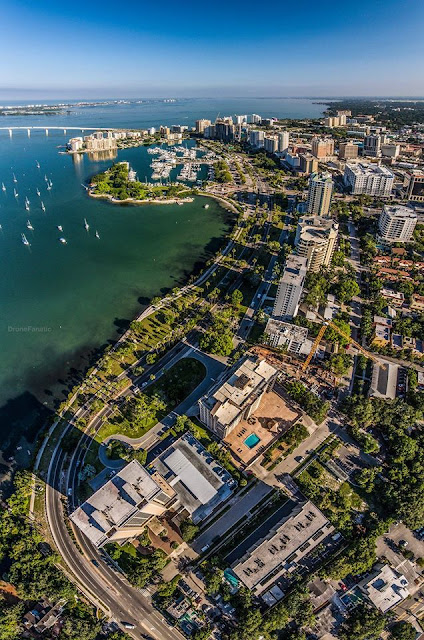 My friend Gordon C posted this aerial photo' of SRQ on Facebook today,  It is from a website called "Floating in Space".

It shows some of Bayfront Drive and Mound Street, and a bit of our well loved Ringling Bridge, and the wee gem which is our Bayfront Park.

I think that it is an early morning photo', given the the long shadows of some of the high-rise Condo's, and the lack of traffic on Mound St.

This is the bit of SRQ which many of us treasure, even as we are grateful that the greedy developers haven't succeeded in getting their hands on Bayfront Park, and on the walking paths south of the park.

Thus even we plebs can enjoy the view of Sarasota Bay.

Penne and I occasionally walk there.
Posted by J. Michael Povey at Saturday, August 13, 2016