A sexual predator for President of the U.S.A?

When William Jefferson Clinton was first running for President there were various published stories about his predation on women when he was Governor of Arkansas.

I, to my shame, "wrote off these reports" as bilge from the right wing.

I was so wrong.  When his sleazy behaviour in the White House became a matter of fact, I believed and said out loud that he should resign.

He is still not a hero for me,  In fact I voted for Barack Obama and not for Hillary Clinton in the 2008 primaries because I dreaded the thought that WJC could become too close to the White House.

Now in 2016 we have another sexual predator  (verified by his own words, not by rumours) who wishes to become the President of my beloved United States of America,

It is hard for me to understand why any decent Republican or Democrat would even think of voting for him. Do we really want or need another sexual predator in the White House. 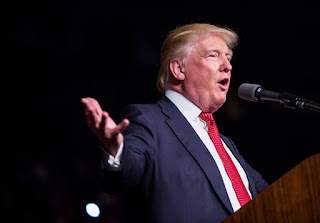 Hillary Rodham Clinton could so easily have bailed on Bill.  We would all have had deep understanding and appreciation had she done so.

Buy she chose to stay and rebuild her marriage. What a conservative thing to do.

It is not the case that she is "liberal"  [ Her foreign policy stance  (Neo Con), and her stance on the economy (Neo Lib) are classic conservative mainstream orthodoxies -  Reagan, Bush 1, Clinton, Bush 2, and even Obama. ]