Does Sean Spicer have any brains, or balls? 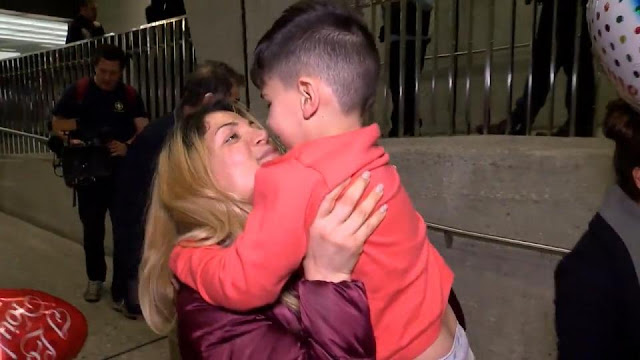 1.  If Mr Spicer had any brains he would know that a five year old  American citizen poses no threat to our national security.

2.  If he had any balls he would tell his bosses, Trump and Bannon that their new policy is just plain bad and wrong, and that no child should be detained away from her/his parent/s in a situation such as this.

The Republican Party claims to be the party of "Family Values".   Say what?

It is not abundantly clear whether or not this was the child who was handcuffed.  But I tell you this. If an American child was detained or handcuffed by the Government of another Nation, we would bomb the hell out of that Country.