My plan was to buy no more, nor less than their high quality canned dog and cat food. Sinner that I am,  I allowed my eyes to wander over the cheese section.

I gave into my food lust and bought 1lb 10oz of "Cave Aged Cheddar Cheese".  I could hardly resist, for the label stated "Aged in the famous Wookey Hole Caves".
Wookey Hole is a village near Wells, Somerset, U.K.  Although I have visited Wells and its splendid Cathedral many times, I have never gotten to the famous caves at Wookey Hole (even though the village is a mere nineteen miles away from my natal City of Bristol).
But I have been to Cheddar, Somerset, U.K. many times; to enjoy the famous gorge, (and as a school-boy on a field trip)  to enter the limestone caves with their marvelous stalactites. (I have seen similar caves with stalactites in Lebanon).
Cheddar is eighteen miles away from Bristol.  It is, of course the original home of the entirely famous Cheddar Cheese.
Since Cheddar and Wookey Hole are more or less local for Bristolians, my regional pride meant that I chose not to resist the impulse to buy some Cheddar Cheese which had been aged in the Wookey Hole caves.
Odd ain't it?  That is:  it's odd to purchase English made and aged Cheddar Cheese in an American store some 4350 miles from Cheddar/Wookey Hole.  Makes my West Country English heart beat proudly!
Here (from the web) is a photo' of Cheddar Cheese being aged in the Wookey Hole caves. 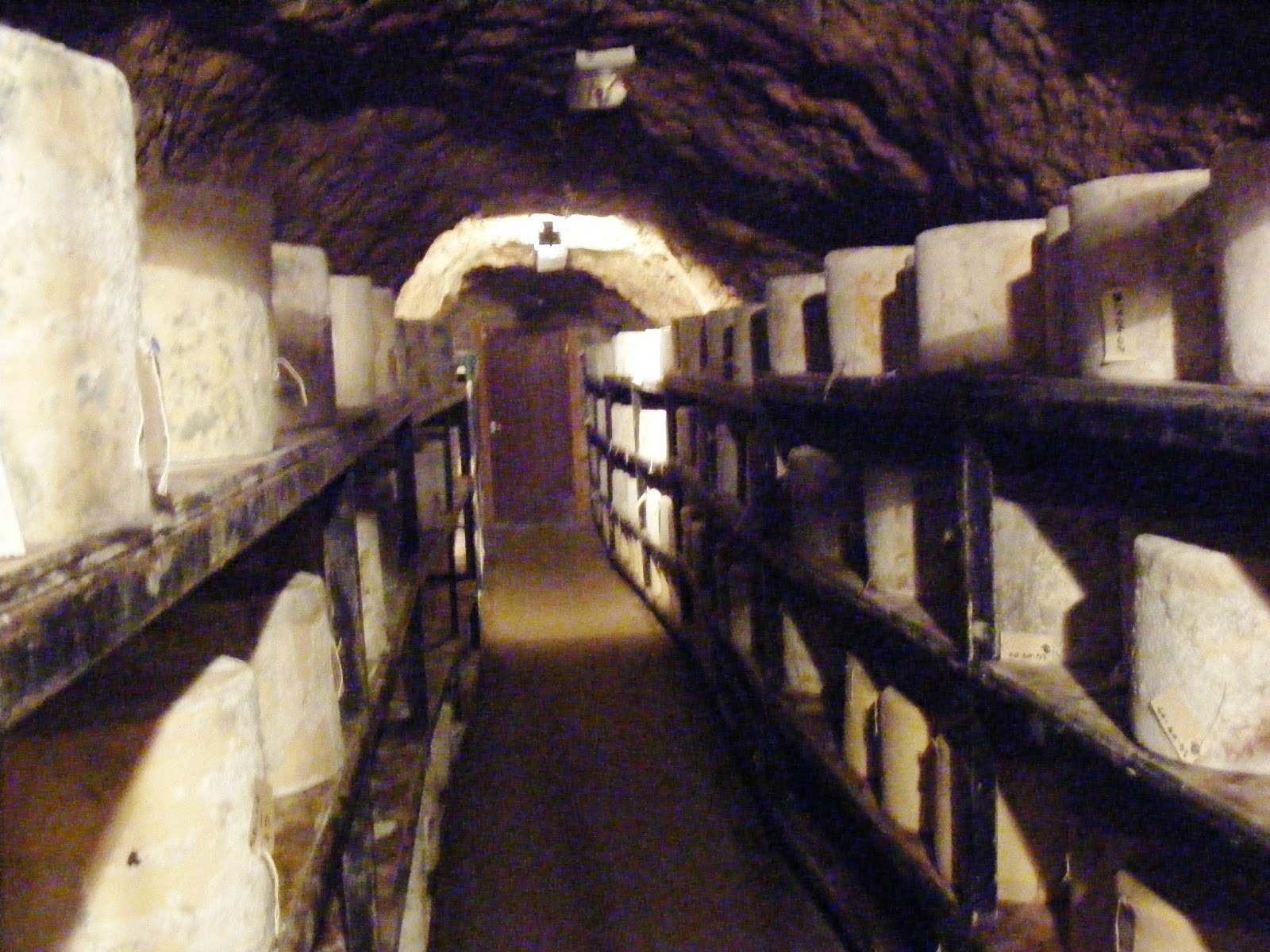