To shock the DECENT. To shame the DEPLORABLE 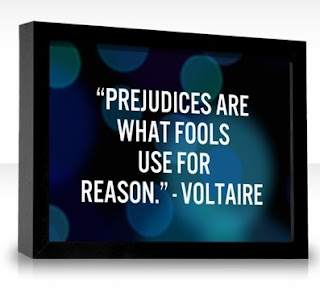 I received the following yesterday by e-mail. It came from a friend who lives a goodly distance from my home.

There was no greeting at the beginning, and no salutation at the end. It is reproduced exactly as I received it.

The sender is a Christian - an Episcopalian.  His politics are as deeply reactionary as mine are progressive. I have asked him not to send me right wing messages, because it will not change my mind, and it only makes me angry, and sad that such a man who I have known for forty years persists in forwarding me such material.

This one "took the biscuit".  Here's the e-mail.   My comments are in red (below)

(a) The "article"  is anonymous. Any writer with integrity would have been more than willing to add his or her name. Anonymity is cowardly.

(2)  The "article" makes many assertions, but it never names the sources for them.  Responsible writers names their sources.

(1) The word "Crusade" is problematic.  It plays directly into the claims of militant and violent Muslims  (a tiny proportion of the multi-faceted Islamic world)  that the West  is bound and determined to destroy Islam.

The internet world is multi-national and porous, so it's more than likely that this article  has already come to the attention of militant and violent Muslim groups, enabling them to say "here is proof that the West wants to destroy us.

(I call that "giving comfort to the enemy").

(2) The claim about Japan's response to Islam  is demonstrably false.

(3)  It is distinctly odd that right wingers would cite Cuba as a good example of "how to deal with Muslims" - Cuba indeed, with a repressive government which is hated by all conservatives?!  (I wonder if the Cuban regime has also halted the construction of Christian Churches?)

But it's the percentage claim which is most problematic for it does not give a base number for comparison .  In other words is the claimed 72% drop based on a reported crime figure of 10,000, or 1,000, or 100?

The writer seems to be unaware that China has had an indigenous Muslim population for about 1,400 years

To where will they be deported?

And if it is true that "Muslim prayers (have been) banned in government buildings and schools in Xinjiang (Western China) is it not very probable that Christian prayers have also been banned in such places?

(By the way  - how come that conservative/reactionary Americans cite the repressive Chinese regime as a model for our freedoms?)

My list goes on!   How amazing it is that right wing Christians cite violence against Muslims in Northern Ireland, as if it were commendable.

I am not naive. As a Christian I deplore all internecine violence whether it  be sponsored by Christians, Jews, Muslims, Hindus or idiots.

I especially deplore any  ad ho·mi·nem attacks on Jews, Christians, Hindus or Muslims.

I am particularly saddened  when my Christian friends give voice and support to anti-Islamic sentiments and are too careless, lazy or prejudiced  to search out the facts.